Have a magical time at Walt Disney World

Have a magical time! That is how Mickey Mouse himself welcomes you when you purchase your tickets for the Walt Disney World Resort in Orlando, Florida. 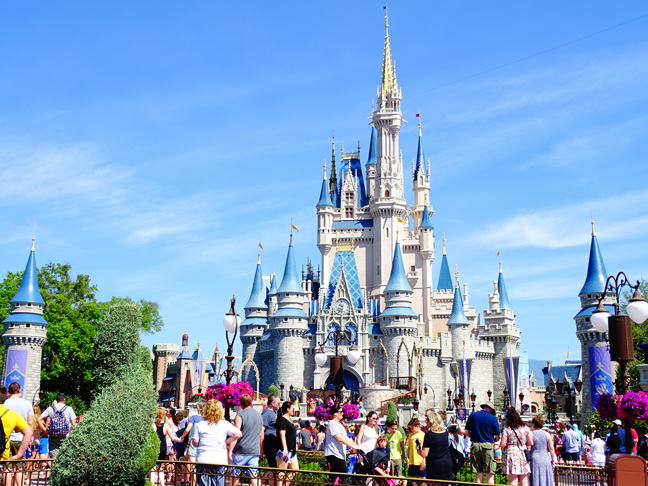 Have a magical time! That is what you can expect when you visit Walt Disney World Resort! For me, it is the second time in Walt Disney World Resort, Orlando. The first time I visited was three years ago on my first solo trip, and it was indeed “magical.” I wanted to relive my childhood fantasies as my parents, and I had visited Disneyland Paris when I was a little one. In my memory it still was excellent but I couldn´t remember any details. As I did not have a lot of fixed ideas or plans for my trip three years ago… Walt Disney* was damn set, when I visit Florida. So I did! And I loved it.

If you go to Orlando, Florida. Walt Disney World Resort is a MUST! It does not matter what your plans are when you are in Orlando; you have to go there at least for a day. That is why my friend Alex and I visited Walt Disney World Resort once again. And it did not lose any of its Magic. It was a weird mixture of feeling like it was yesterday that I´ve been there and seeing everything for the first time. Crazy, isn`t it?

There are a couple of things to do, which makes a visit to Walt Disney a lot easier. And easy means fewer worries, fewer worries mean more relaxing and this is what you want to be in vacation time.

Every visit begins with the choice of the card. There are available a bunch of possibilities on how to combine the tickets and parks. The standard is a visit to the Magical Kingdom, which is a must on a visit to Walt Disney World Resort. For those who want to visit one more Park within one day, the Park Hopper Ticket is the best choice. If you are going to visit Walt Disney for more than a day, you could purchase a ticket for several days, which will be less expensive than buying one on each day.

The easiest way to buy the tickets is the Walt Disney World Resort online shop. You could pay them online and download or send an email with the barcode onto your mobile phone. Show it at the entrance and you´re in within seconds. Tickets are also available at the ticket booth in front of the gate but expect some more or less long waiting lines.

2. Prepare for the stay

As drinks and food are not included in the admission fee I recommend to bring at least a bottle of water or anything else to drink. I have not tried it, but I believe you could bring some food as well. But the good thing about a bottle of whatever is that you could refill it at one of the drinking water fountains, which you could find everywhere. At least it saves you some money and avoids waiting for lines. Food and drinks are available, of course, in the Parks but, be prepared to spend some money on it. 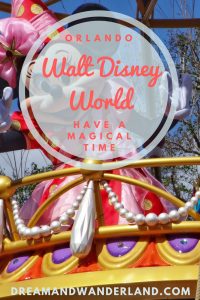 3. Free WiFi and the Disney App

A brilliant possibility to organize your stay and get around is the Disney App “My Disney Experience.” You could download it from the App Store for free, and it includes a map of all Parks, showtime hours, waiting times, and a sort of calendar where you could plan the visit. If you want to dine in one of the Restaraunt, you could also book a table within the App. But the most useful thing the Disney App is good for is the FASTPASS!

The Fastpass is the best thing ever about a visit to Walt Disney World Resort*. You could choose the attraction you want to do and save a time when you want to be there. Then you have one hour to take the ride of the selected attraction. With the Fastpass opportunity, you get rid of all the waiting lines and could pass them. You enter the draw directly without staying in the queues. But be wise, within one Park you could save three fast lanes per day only. Book your preferred times for the attractions you want to do and which have the most extended waiting times. Save your energy to wait in shorter lines like 25 minutes or even 40 minutes are not a huge thing to expect. But staying in a queue for 140 minutes??? Use the Fastpass; it will pay off.

It might happen from time to time, even at Walt Disney World Resort, that the WiFi doesn’t work. We experienced that a couple of time, while we tried to update our Fastpass with the App and it did not load the page. Also, the map did not work properly. So what to do now?

First of all, take a map of the relevant Park right after you entered the Park. Paper maps are available there, and there only. So, if you still consider if you need it or not, forget about and take one, now.

The second possibility is to save the Fastpass time with the help of the Fastpass Kiosks. You will find them in Tomorrowland. They work exactly like the app, but you do not need the WiFi for it.

There are a couple of possibilities to get around. From the parking lot to the Magic Kingdom you could take the Monorail or the Ferryboat. My preferred choice is the Ferryboat as it already has a unique atmosphere and the first thing you even from the other side of the lake is the magical Castle.

To go from one Park to the other, the Monorail is the best alternative. This one brings you to the Hotels within Disney World Resort, too. In the Parks itself, you could walk or take the Railroad train.

7. Attractions not to miss

From my point of view, the Magic Kingdom is a must do on your visit to Walt Disney World Resort. If you have chosen the Park Hopper ticket, I would recommend starting here as well.

Do whatever you want to do but don´t miss the following attractions:

8. Events not to miss

Make sure that you don´t miss the “Festival of Fantasy” Parade at 3 p.m. That is why I recommend starting with the Magic Kingdom. You could spend your day there till after the parade and afterward, you could hop to the other Park of your choice. The second event you shouldn´t miss is the Fireworks at 9 p.m. around the castle. It is so beautiful and truly magical. There are some events in the other Parks as well, but for me, this was the most important one.

As I had the opportunity to see it twice (three years ago and now), I experienced two different ways of watching it. The first time I visited I saw the fireworks on Main Street, near the entrance. The advantage is that you could enjoy the atmosphere, the music, and the fireworks were closer. But, it was packed, and it was hard to watch because of all the people. And to leave and go on board onto the Ferryboat was even harder.

The second possibility is to watch the Fireworks from the other side of the lake or directly on the Ferryboat. If you want to leave the Magic Kingdom for the Parking lot, you could also take the Monorail, but I would recommend taking the Ferryboat. In my opinion, this is a better and more excellent choice. Leave shortly before the Fireworks begin so you could watch it from the other side. Fewer people, less stress, and a better view are the advantages. 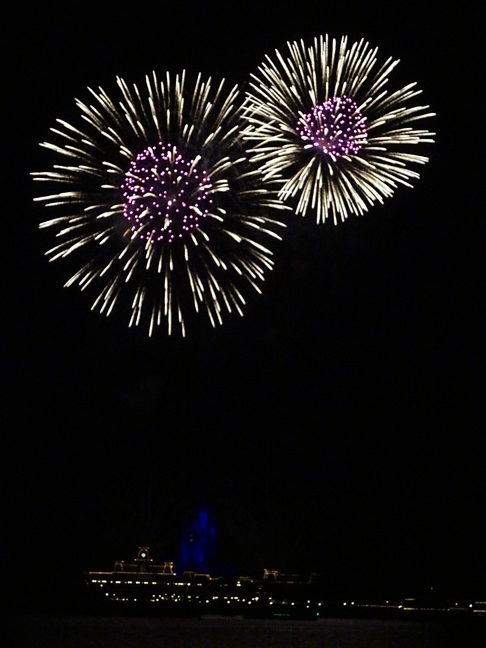 When you are on your feet for the whole day, it is not a surprise that you get a bit tired at a time. You could have some food or a drink and sit down somewhere, but a very nice possibility to relax and give your feet and your body the opportunity to rest for a while is to take the Magic Kingdom Railroad. The water steamed train brings you around the whole Park and takes you from Fantasyland to Main Street and Frontierland. Just sit on the train and enjoy the ride and rest for a while.

For the Starbucks fans, this is a hint for you in particular. There might be a Mug of Walt Disney World Resort, but there a Magic Kingdom Mug, which is very special, and as there are Starbucks Cafés in the other Parks as well, I wouldn´t be surprised if there are some Mugs of the other Parks, too.

One last advice at the end regarding payment methods. As it is no problem, to pay everything with your credit card, you don´t need to worry that you can´t pay, but primarily, for us travelers it might be a better way to get some cash beforehand. At least, to avoid any banking fees for the use of your credit card. 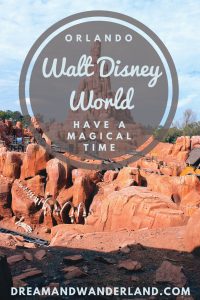 These are a couple of recommendations from my sight. If you find this article helpful, feel free to use them. I hope your time at Walt Disney World Resort* will be, at least, as magical as it was for me.

Where did you have a magical time? Tell me about it under this post!

15 thoughts on “Walt Disney World Resort – Things to do!”