After my Wrestling action in Plymouth, UK, and in being at the 7in7 conference here in Medellín, it is time for some real vacation now. That is why I said goodbye to Medellín today and hello to Cartagena. I wanted to spend a few days close to the ocean and had a bit of Caribbean feeling.

As far as I know is Cartagena* quite a tourist hotspot, which is usually not my favorite choice but this time I thought, that it would be easier, as the most of the people are used to travelers like me. From transport to the hotel, to English speaking staff and so on, I wanted to have as less stress as possible, especially not with such details. On the other side, I also expected a lot of touristy things going on. I was a bit afraid that it would be similar to Cancun, Mexico when every 30 seconds someone asks you if you need a taxi, a massage or a tour. Sometimes, you have to make a compromise; in this case, I chose the easy way, but accepting some not so cool things! However, I am looking forward to exploring the city! 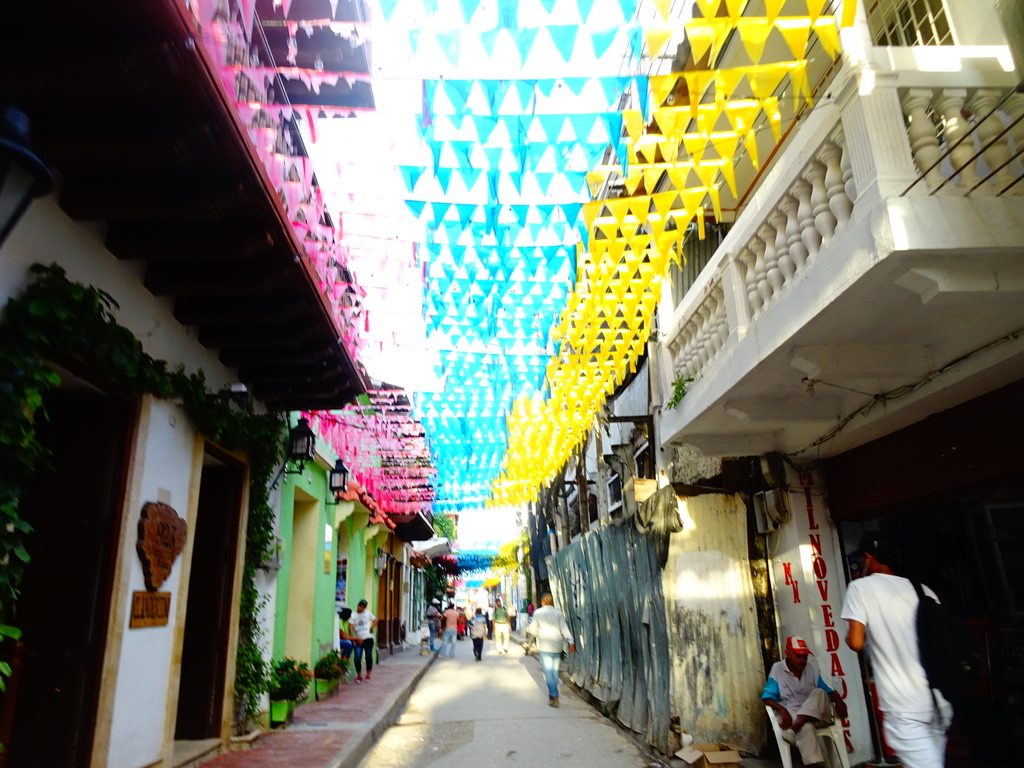 Goodbye Medellín: Transfer To The Airport

Well, I already ordered a transfer service to the airport yesterday choosing Medellín Airport Transfer. I wanted to make sure that my order is still on time. And it worked out great! The driver picked me up at my hostel at the agreed time, and drove me, without any issues, directly to the airport.

I preferred this solution because it was the easiest one. The most expensive one, but still the easiest. From the possibility to order online, in a language that I understand (English), to the positive signs on the website (like certified by “Trust Pilot,” and the positive reviews).

For me, it was worth the money. Otherwise, I would have risk some issues with calling a taxi myself, a not so legal Uber, or explaining the hostel staff, who speak Spanish only, to call a cab. All the other possibilities seemed to be more complicated.

After arriving at the airport, I dropped off my bag (I already checked in online) and headed to the security. Everything worked out smoothly. I even had some time left, so I could write a little bit while waiting. The only not so cool thing was that there were no water bottle refill possibilities (or maybe I have not found any), and also no opportunities to charge phones or other devices. Because, of that, I needed to hurry with writing down as much as possible, before the battery of my laptop would be empty. And soon it was time to say goodbye to Medellín for good.

The flight itself was easy going. Not even an hour later we were about landing in Cartagena*. It seemed that we flow around over the city, which gave me the chance to take a few pretty cool shots from the plane, of Cartagena. 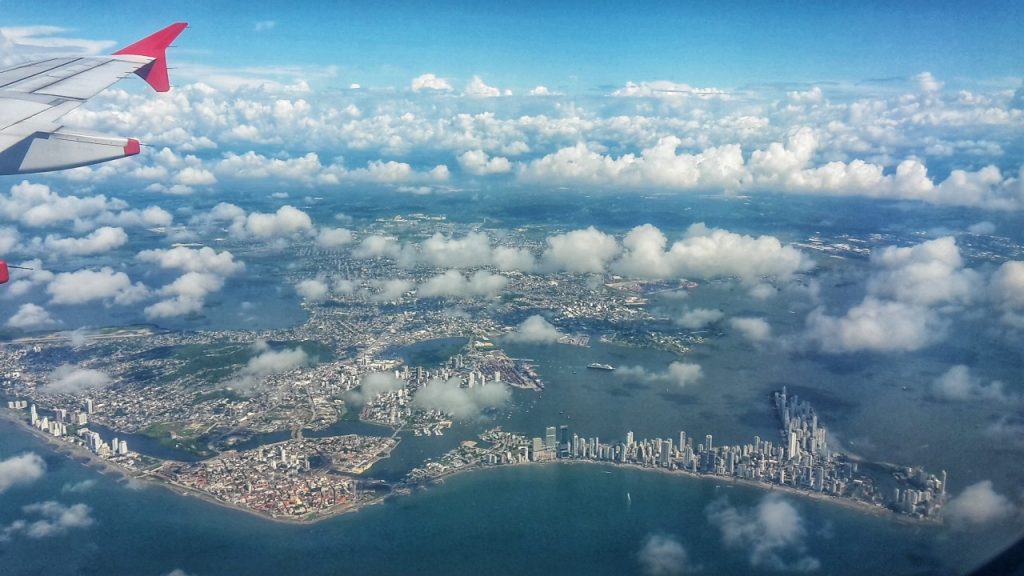 I quickly got my luggage and headed to the exit where the driver from the hotel waited for me already. The hotel offered a shuttle service, which was very welcome as it was one thing less that I need to take care of. He brought me to my hotel the Akel House, right between the San Diego and Getsemaní, two of the main areas of Cartagena.

The first impression which I had while driving from the airport to the hotel was quite mixed. One the one side, I was happy to be close to the Caribbean Sea and in a city which is probably the most famous one when you think about Colombia. On the other side, it was quite humid, there was a lot of traffic, and it seemed a bit touristy. I was afraid of it because I usually do not like places which are too touristy, but I also expected that because Cartagena is indeed the tourist hotspot in this country. It reminded me of Havana, Cuba. With the climate, the streets packed with cars and taxis, the air pollution, and also the Spanish colonial style influences of the architecture is very similar to Cuba.

After my hostel in Medellín, I did not expect a lot! Because of that, I was amazed and happy with my choice. The Akel House impressed not only with its location, which is in walking distance to all famous sights. It was also very comfortable, with spacious and clean rooms. An air-condition and English speaking staff. The only disadvantage was that all the rooms were on the street side. Life in Cartagena starts when it gets dark and more refreshing. Because of that, it was always quite loud until the middle of the night. That was an issue for me. I am used to trams and cars in front of my window but talking, singing, and shouting people, and loud music is a problem. But I guess a lot of hotels which you can find in the old town of Cartagena, have these issues.

After checking in, I changed my clothes from long pants, which were comfortable for the flight, to shorter ones! I left the hotel and tried to get a feeling for the surroundings. Where is everything where I want to go tomorrow, where can I get something to eat and drink? I wandered around at the Park Centenario and back.

Slowly I got hungry and was looking for a restaurant or so. A young man convinced me to taste an Arepa from a “hole in the wall” street food style kitchen. I had no idea what it is, but it looked interesting, and after tasting it, I loved it. Arepa is probably the most popular food in Colombia. It is a simple corn cake, with many variations, fillings, and ways of eating at any time of the day. It never gets boring. I had an Arepa with Mozzarella and tomatoes, which was delicious. 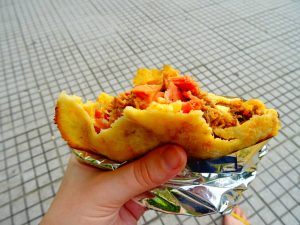 An excellent way to call it a day! I was too tired to do anything else! Happy to be close to my room, I went back to the hotel and fell asleep soon.

That was my day of saying goodbye to Medellín, and hello to Cartagena, two incredible cities but so different from each other.

I am looking forward to tomorrow when I explore the old town of Cartagena*.