Day 17: A Day At The Rockaways, New York

It is the first day in New York, after two weeks of traveling from Plymouth in the UK to Medellín and Cartagena in Colombia. After a busy travel day at several airports as the one in Cartagena and then Panama City due to a stopover, I finally made it to New York; Long Island to be more specific. And I kicked off this last part of my journey at the Rockaway Peninsula, Queens, NY.

I had to options to spend this. The first one would be to get into the City and spend the day there. I still have a couple of things I would like to do, for instance, walking the Brooklyn Bridge, seeing the Central Park in its fall foliage colors, many more. I had a layover in Spring for a day, but that one was not enough to visit everything which is waiting on my bucket list.

The second option was to start with exploring Long Islands right now. Due to the business of Cartagena, I did not feel ready for spending the day in busy New York City, so I decided to take option two; discover the nearer surrounding and the beginning of Long Islands.

Calming Down At The Jamaica Bay Wildlife Refuge

When I think of New York City* I never considered a beach or some nature recreation areas besides Central Park. I know that there is more than that, but I never was aware of any other. But when I looked for anything to do today which does not include going into the city I was quite surprised that there are a lot of possibilities to get out of town and be one with nature.

The closest opportunity to escape city life is the Jamaica Bay Wildlife Refuge. 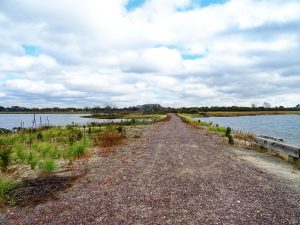 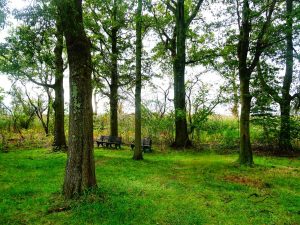 I thought this would be the right start after the past week in Cartagena. Just me, nature, and hopefully not too many people! Not that I do not like to be with people, but it feels that I need a little bit of peace and silence! And this is exactly what I want for the next days and the reason why I planned spending the last days of my vacation in Montauk. I need a little bit more of being with myself and nature, hearing the ocean and being at sea. That is a place where I can calm down the best way. And it makes me happy! Whenever I hear the sound of the waves and smell the salt in the air, it puts a smile on my face. Even if I am not in a good mood, as soon as an ocean is near I have to smile!

So if you want me smiling, the only thing you have to do is bringing me to the ocean. A river or lake might be helpful as well.

The Jamaica Bay Wildlife Refuge is a super calm and relaxed area. I went the whole round around the West Pond. I wondered about the bird nests, the bat boxes, the ocean, the skyline of NYC and enjoyed the silence here. There is nothing else than the sound of the birds and the waves of the sea. Half an hour of this and I feel more relaxed than after the past week in Cartagena. One more time I realized that busy, loud and crowded places exhaust me more than I can enjoy it. 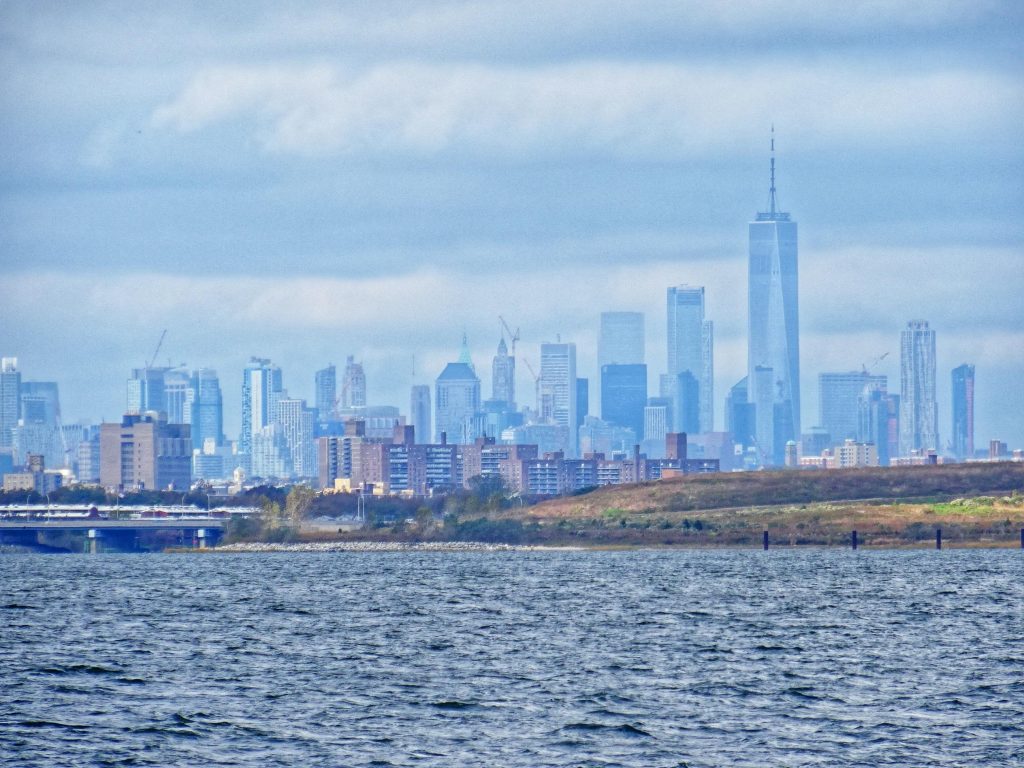 Things To Do In The Rockaways

Walking On The Beach

After my mini hike at the Jamaica Bay Wildlife Refuge, I headed to the Rockaway Peninsula. I stopped at the parking lot at Fort Tilden and went straight to the Beach. I was starving for seeing and smelling it! 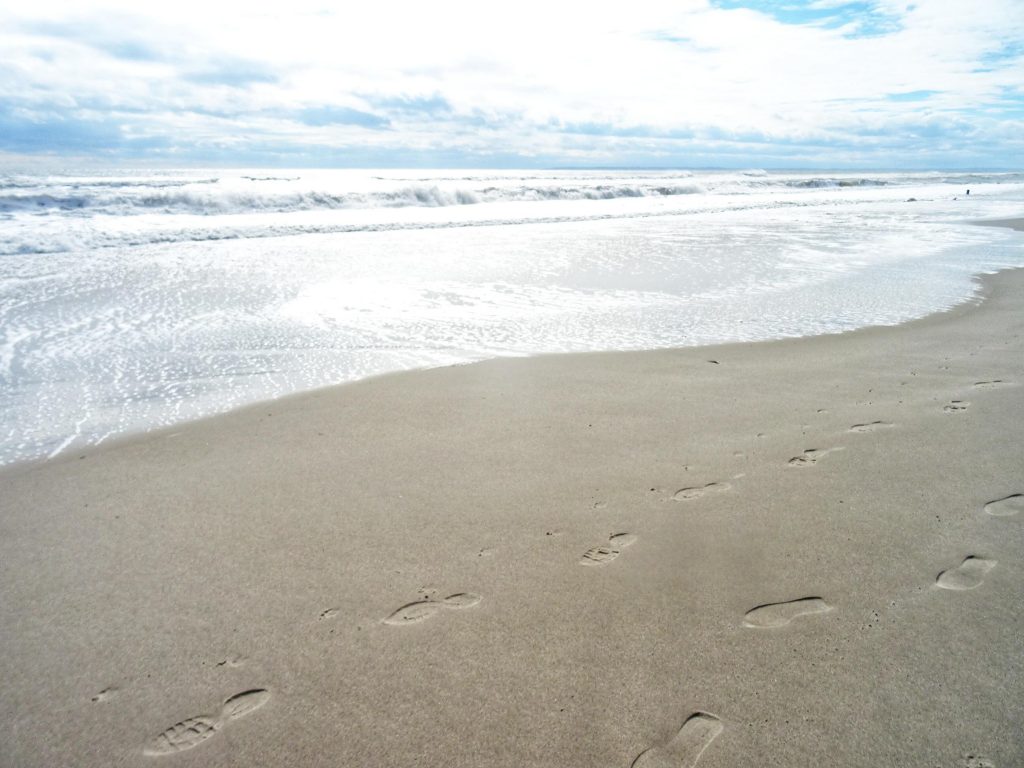 First, I went up and down the beach, watched the waves, listened to the sound of the water and the seabirds, and took a lot of pictures. Although it is always the ocean and the beach, each moment is different, and I tried to keep it. I could go crazy with taking pictures of the sea! 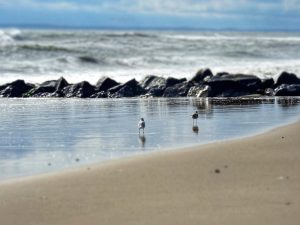 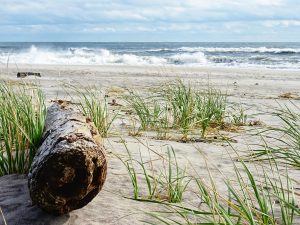 Soon, I left the beach itself and went through the dunes; I tried to find some pieces of evidence of the existence of Fort Tilden.

Fort Tilden is an old military base for the defense of the US in the second world war. Today it is run by the National Park Service and is used for different things, like a sports field for soccer or baseball, as an art gallery, and more.

While exploring the area, I met Ed, an archeologist, who knew a lot about Fort Tilden and his history. He was on a discovery hike this day. We ended up with having a mini-tour where he explained what is behind the fences, the history, and the surrounding buildings. He told me what they were used to in the past and today! It was quite interesting, and I was grateful to have the opportunity to learn more about the details and history. And I believe, he was quite happy to share his knowledge as well!

When we finished our little Fort Tilden tour, he also gave me a few recommendations where I could eat something. As I did not have breakfast that morning, I was hungry already. Ed told me, I should go to Rockaway, 116th street! There I should find a few spots where I could eat; including the place, which is called “Pickles & Pies” where you can have that famous Godfather Sandwich.

However, I decided to go to Claudette´s and have an Avocado toast and the Pink Smoothie. Sounds healthy? I guess it was! At least, it was delicious! I took my toast and the smoothie and went to the beach, having a picnic and taking the opportunity to stay at the beach before I had to leave for my evening event. 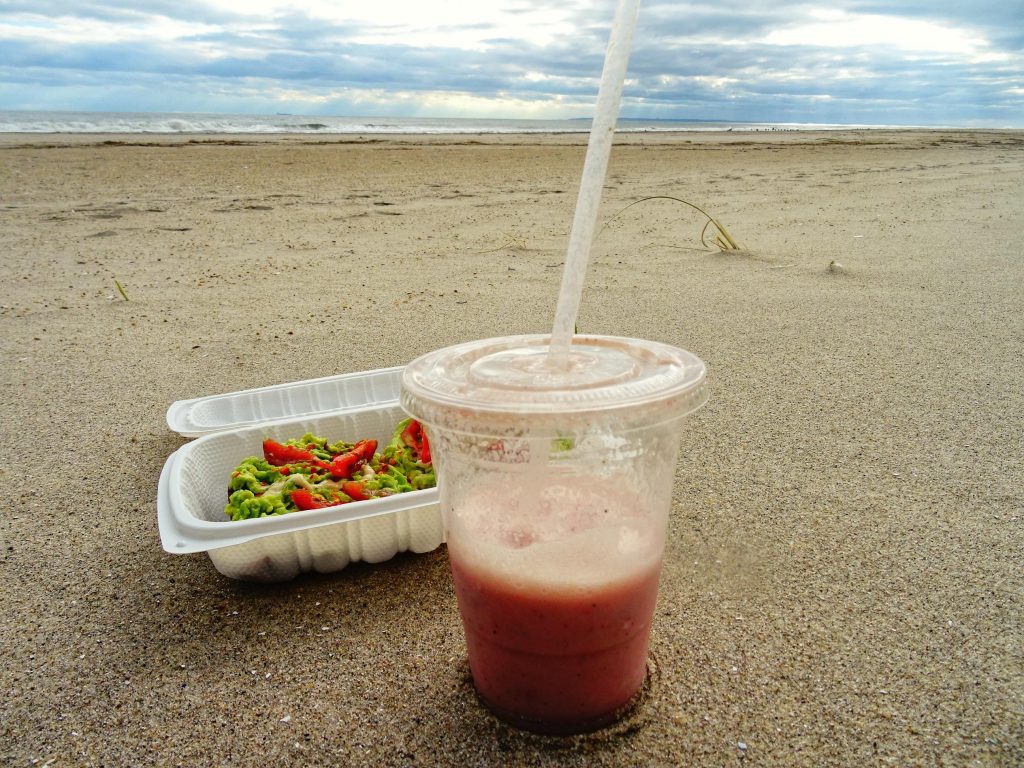 The next stop for that day was the Nassau Veteran Coliseum in Uniondale. I wanted to attend one more Wrestling show, which is the reason why I stayed at the Rockaways today and not went straight to Montauk. Otherwise, I would have gone all the way back, and I did not want to waste too much time in my car.

Wrestling is another passion of mine and whenever I have the opportunity to visit a show, I take it! The show was incredible, and although it was a women´s only PPV, it was more than worth it. I think women´s wrestling is still quite underestimated in the business and it is more than overdue to show the respect these women deserve!

When the show was over, it was time for me to drive to Montauk! Eventually, I would go back to my all-time favorite accommodation, the Sunrise Guesthouse*! I arrived shortly after midnight, and I was that dead that I fall into my bed immediately. But not before taking a few pictures of my home for the next week! 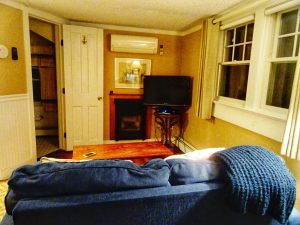 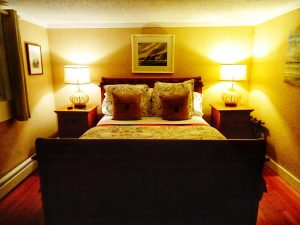 I love this place!!! Have I mentioned, that it has a direct view on to the ocean? I could not wait until the following day when I could watch it while having breakfast!